Discover the beauty of Iceland with our upcoming Fire in Iceland escorted group tour. You’ll get a chance to see the Northern Lights , bath in the Blue Lagoon, visit the Golden Circle and snow mobile! Five Reasons to Visit Iceland The name itself conjures up an image of a land of imposing ice formations, and while that isn’t too far off, Iceland is more than just arctic temps and shining glaciers.  A hidden treasure since the days of its discovery by Norwegian explorers, Iceland is a hotbed of surprises—even beyond volcano Eyjafjallajokull and the famous steaming Blue Lagoon. According to legend, the misnomer for this green land was intentional, a deterrent to settlers who might want to intrude on the Vikings’ newfound haven.

If you get a direct flight to Reykjavik, it’s about 5 hours from the east coast of the U.S. Of course, that changes if you’re leaving from another part of the country – but compared to going to England or destinations in Europe, your flight will be a breeze. Flights to the country are also remarkably cheap, especially if you plan ahead and choose an off-peak departure time.

2. Everyone should spend time in Reykjavik.

Though cruise travel around Iceland doesn’t have a lot to do with the capital, consider a pre- or post-cruise extension to hang out there. It’s a capital city of only 200,000 people, which is about two thirds of Iceland’s whole population – but don’t be fooled. Reykjavik is one of the coolest places on earth in terms of culture and events, and it’s a really clean and safe city to spend time in.

There’s also always the chance you’ll meet Bjork, which is reason enough to go there.

Icelandic horses are very small and old breed – they haven’t changed much since Vikings brought them to Iceland in the ninth century. They’re skilled at navigating the sometimes-tricky Icelandic terrain, and more than that, they’re really friendly. If you meet any, they’ll want to say hi and will welcome some pets. If you’re into cute animals, you can’t miss a visit to a place where these horses live. Play your cards right and you’ll be able to ride one – and experience the special fifth gait the animals have known as the tölt, somewhere between a walk and a trot.

Half an hour outside Reykjavik lies the Blue Lagoon geothermal spa. Its naturally heated water in shades of blue is set in a lava field, and you can have a lot of fun there. Feel free to take advantage of services like massages and other spa therapies, but you can also spend your whole time there simply soaking in the water. There are many tiers of the experience available, so you can just get in or have a whole day with meals, drinks and luxurious treatments depending on what you want to spend.

This is a place Beyonce spent time while she was in Iceland, so you know it’s worth the trip.

5. You can’t imagine the scenery.

Unless you’ve been to Iceland, it’s nearly impossible to imagine what it looks like. From volcanic scenery to fjords and eerie stretches of land that look like something out of another world, Iceland offers views you can’t get anywhere else. You won’t be surprised at how present and vital legends about elves and trolls and so on are in modern Iceland once you see the land – it looks like the setting for a fairy tale or something even more fantastic.

When you visit Iceland, make sure your camera comes with you. There are views you’ll never get again.

If you choose to visit Iceland in the winter, you have a great chance of seeing the northern lights. You can take an excursion in search of them or simply hang out on the deck of your cruise ship on clear nights to absorb the beauty and the grandeur of this phenomenon, which many people consider it a life goal to see. If Iceland’s scenery is like another world, the northern lights make it something from an actual fantasy novel (or a TV series – did you know a lot of Game of Thrones was filmed in Iceland?). 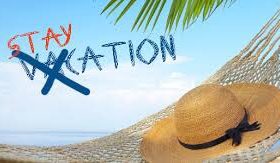 Your next vacation could be right in your backyard!

Work with Us! Schedule a Vacation Planning Session 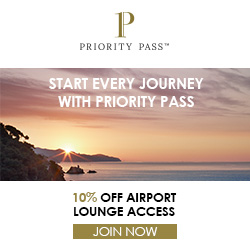 Check out our Travel Accessories (click on the SHOP tab)! Dismiss

Thank you for subscribing to our newsletter! Please check your email for further instructions. You receive a confirmation email to officially add you to our mailing list. You can close this dialogue box by clicking the 'X' in the upper right portion of the screen.